As the news broke that AirAsia lost contact with Flight 8501 they were quick to update their social media accounts as well as providing a statement and changing their logo to black-and-white. 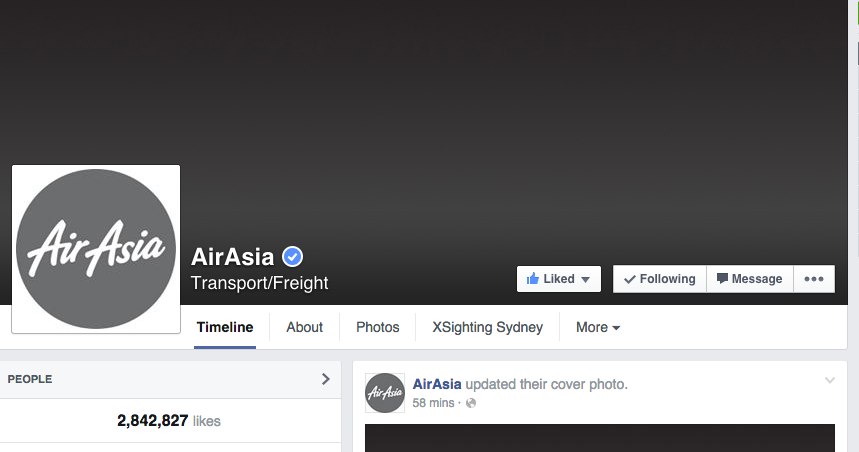 Screen at Changi T1 showing the details of the @AirAsia #QZ8501 bound for Singapore from Surabaya that lost contact. pic.twitter.com/93VcqXsy8H

Our thoughts are with all affected by QZ8501. We are in contact with @AirAsia and are providing our full assistance. http://t.co/ljK7xdvTbM ii — Airbus (@Airbus) December 28, 2014

Please note, this chart does not include this missing AirAsia flight, nor corporate or military aircraft.