"Money Is Good, Money Is Bad" – But What The Hell Is The Ad For?

"Money Is Good, Money Is Bad" – But What The Hell Is The Ad For?

Updates will appear at the bottom. Original post date 17 September 2012. 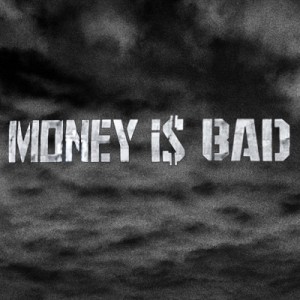 Ok so recently you may have noticed these new TV advert running that tell a story, one being about money being bad and the other about money being good the big question everyone is asking who are who are they for and what on earth are they advertising?!

They’re a bit like the 2010 Burger King campaign “The King Is Coming” where they ran a whole series of TV ads with no real information and then later revealing what the ad was for, but this campaign I feel is on a whole new level…

Also for someone like me who likes knowing what’s going on this is very frustrating, so I’ve done some digging around and basically come up with nothing – very disappointing – even people on Twitter joking and hypothesising about what it could be, but still nothing!

That “money is bad” teaser ad? It’s for Work & Income.

Here’s what I know and have managed to work out. In my opinion it’s interesting it is currently running on both major TV networks in prime time on TVNZ (TV One) and MediaWorks (TV3) this tells me it is unlikely to be for a new TV show/series because it would only be running on one station and to make matters worse when I was paying for my car park today stuck on the bottom of the meter machine was a poster with the famous words “Money Is Good” with nothing else…

Coincidentally or maybe just a fluke moneyisbad.co.nz and moneyisgood.co.nz were both registered to the same company on the same day 20/8/12 and that Company happens to be a digital agency based in Wellington called Catch Design Limited and according to their website some of their clients include the likes of 2 Degrees Mobile, VTNZ, ACC and many others. Now I’m not saying I think it’s for one of those brands because I don’t think you would go to all this effort to keep quiet and then let the design team list you as a client.

Update 18/09/12: I called Catch Design Limited This morning and asked to speak to Hamish (listed as the domain register) who unfortunately was in a meeting at the time, so I said to the receptionist do you by any chance have anything to do with money is good, money is bad? She replied with a strong laugh and “I decline to comment” and referred me back to Hamish for any any of my questions. So now we know they’re in on it!

Update 18/09/12: There are rumours that it could be for one of the major banks, however Kiwibank just tweeted;

Update 19/09/12 (Now Redundant): A unofficial Twitter account has appeared @GoodMoneyBad with the tagline “Depending on how much of it you have and what you do with it, money can change everything…” it would also seem the promotion is just about to begin.

Update 19/09/12: I don’t think Westpac New Zealand is behind it, however their advertising team have jumped on the bandwagon with web banner ads “Is Money Good or Bad – It All Depends”

Update 19/09/12 (Now Redundant): Interestingly no one has acquired the same URL for Facebook (facebook.com/GoodMoneyBad) as they have for Twitter. This suggests that the company may already have a Facebook page and will use Facebook tabs for this promotion.

Update 20/09/12 (Now Redundant): When I said in my original post this campaign was on a whole new level it would now seems so, with the campaign Twitter page tweeting “Our first #MoneyDrop will be in Auckland CBD tomorrow at 9am. Specific location will be announced at 8am. $10,000 will be dropped.” I hate to think how much this campaign has cost already!

Update 20/09/12: Great technical sleuthing by Mmmm Pineapple on the design teams website and hosting arrangement for this campaign.

Update 20/09/12: The ad(s) have been uploaded to YouTube unofficially;

Update 23/09/12: Today I spoke with a advertising billboard contract who was removing “Money Is Good” poster ad as their time had come to an end, he didn’t know if any more ads had been scheduled or obviously who the ads were for.

Update 23/09/12 (Now Redundant): HashTag Radio have an ‘reliable source’ who has indicated it could be for Wheedle Ltd

Update 26/09/12: ANZ and National Bank are rebranding, but this campaign is nothing to do with them;

Update 26/09/12: Wheedle Ltd have confirmed it’s nothing to do with them either;

@outdoorpursuit That campaign is not ours. Neither are these accounts: @wheedle @wheedle_nz@nzben

Update 30/09/12: The advertising campaign is for Bank of New Zealand (BNZ) it all so coincides with the launch of their new website.

Final Update 30/09/12: I’d like to take this opportunity to thank everyone who has followed and helped with information about this campaign since the 17th September.

My website received over 11,000 unique visitors over this period which is a pretty strong indication I was not the only person wondering what this ad was about. When I originally published this post I did not expect anything like this at all or that it would take up so much of my time, however it has been great fun and once again thank you to all of you.

129 People reacted on this