Promotions And Gimmicks: The Icebar Co

Promotions And Gimmicks: The Icebar Co 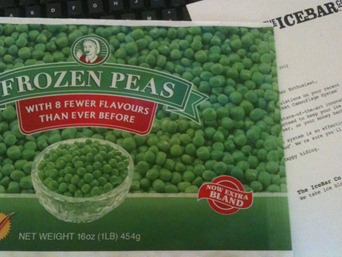 As you probably know or have seen by now, The IceBar Co is Fonterra’s new ice block brand to hit the shelves at the supermarket.

One thing that I thought they did very well was their branding. The current gimmick of giving away a plastic bag that looks like a packet of peas so you can disguise your ice blocks so other family members don’t eat them in your absence.

Clever idea – one thing I felt that was interesting was the envelope arrived handwritten and for them to go to all that effort of sending me the “packet of peas” I was surprised there was no incentive/voucher to try their apparently delicious new ice blocks as I have not yet tried one and as they say “we take ice blocks seriously” I thought they would have.

Update: I now have finally tried them and they are delicious I recommend Old-fashioned lemonade!